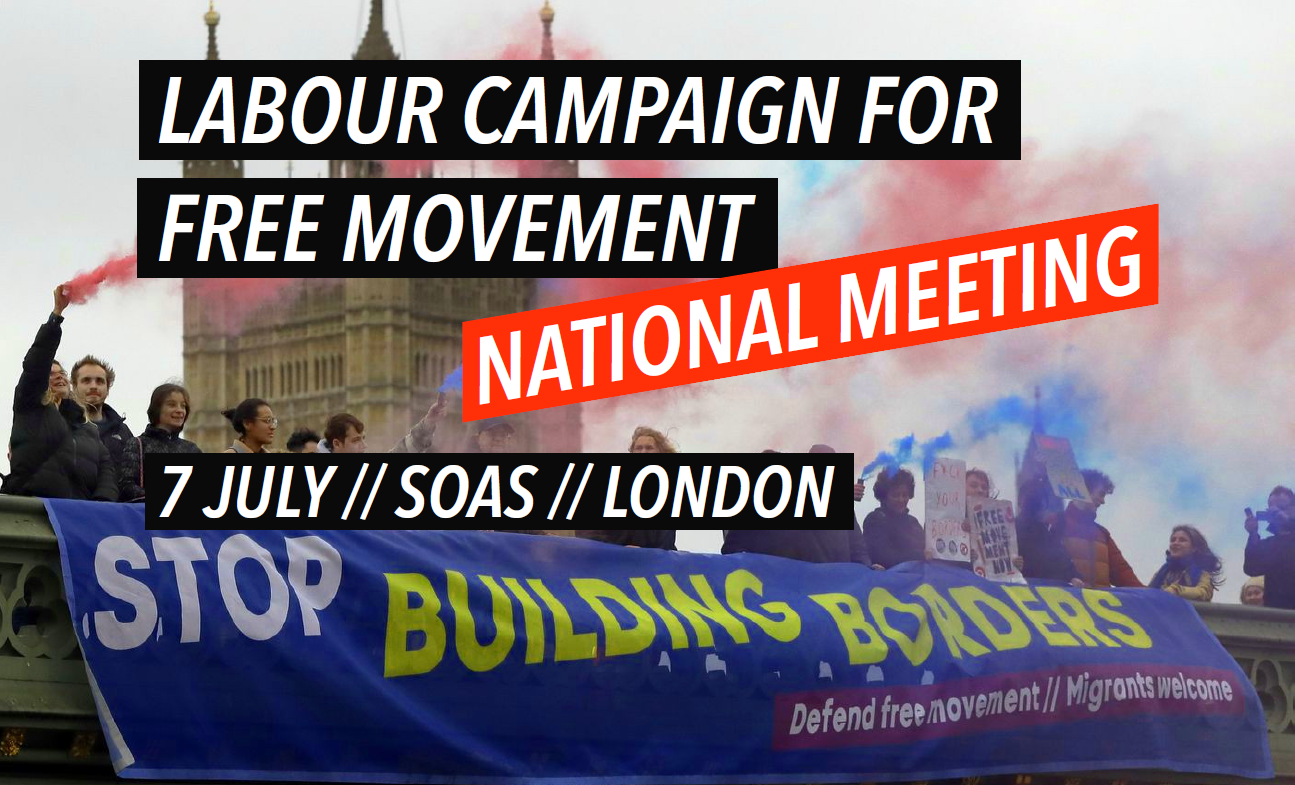 There’s still time to register to attend our National Meeting on 7 July in London! Nearly 150 supporters from around the country are already signed up and we have a packed agenda of workshops and discussions.

One of the most important things we want from the event is for all of us as LCFM supporters to have the chance to contribute to organising the campaign going forward. Throughout the day, we’ll be having practical discussions about our campaigning and noting down the all ideas that come up. We want to set up volunteer working groups on different issues and aspects of the campaign to make sure those ideas get put into practice. And towards the end of the day, we’ve set aside some time to discuss and vote on two things:

A Statement of Principles for the campaign that will shape and define our work going forward. The current team of organisers have written a draft document based on the statement that launched our campaign and the motions we’ve campaigned to pass. You can read it below. [The amendments deadline has now passed and you can read the amendments below]. At the national meeting, supporters will have a chance to vote on these amendments and on the final document.

A new Steering Committee. So far, LCFM has been organised by a team of volunteers. We want to become a more democratic campaign, so we will be electing a new Steering Committee (SC) at the National Meeting. Think about running for election! If you’re not able to be there but want to run, please email info@labourfreemovement.org before 10am Sunday 7 July with a short statement to be read out (125 words max). LCFM doesn’t have staff, so as well as political and strategic decisions, the SC and other volunteers are responsible for carrying out all the campaign’s work, from writing and policy research to organising events and campaign actions.

[Draft] Statement of Principles for the Labour Campaign for Free Movement

Please note, the bullet points in italics came from supporters and have been accepted by the proposers to simplify discussion – they are now part of the base document.

The Labour Campaign for Free Movement is a network of Labour members and supporters campaigning to defend and extend free movement and migrants’ rights.

And we must propose real solutions: redistribution of power and wealth; massive public funding to ensure good jobs, homes, services and social security for all; and scrapping all anti-union laws and strengthening rights so that, uniting across divisions, workers can push up wages and conditions. Migrant workers have always been central to trade union campaigns beating low pay and exploitation. To low pay and exploitation, to deprivation and dispossession, we say: build unions, not borders!

Ending free movement with Europe is an immediate threat to the rights of millions: both EU citizens who have come here or may want to in future, and UK citizens who will lose the right to move, live and work freely in those countries. Labour and our trade unions must defend it. But we cannot stop there.

We must reject policies that determine migrants’ freedoms to move, live and work here based on number caps and targets, on incomes, or on how useful they may be to employers.

And we must oppose the lethal Fortress Europe policies imposed at and beyond the EU’s borders, standing instead for welcoming refugees and extending free movement.

In the paragraph beginning “And we must propose…”, delete “strengthening rights” and replace:

“replacing them with strong legal rights for workers and unions, including strong rights to strike and picket – “

“We oppose the expansion of temporary labour migration programmes, especially those where workers are ‘tied’ to an employer.”

“securing an amnesty for all undocumented migrants in the UK;”

Delete 2 paragraphs from “To turn back the anti-immigrant tide…” to “…build unions, not borders!” and replace:

In recent times anti-immigrant hostility has been challenged by new currents of public opinion which have come to value the role migrants play as workers in the NHS and other public services and sectors of the economy, as well being a vital component of life in diverse communities.  The solidarity shown with refugees in the Mediterranean region and at Calais and the strong reaction against hostile environment policies as a consequence of the Windrush generation scandal has shown that a popular mobilisation is taking place around issues that concern the injustices inflicted on migrant communities. LCFM calls on the Labour Party and the trade unions to play a more dynamic role in working with these currents in order to build mass support for a rights-based approach to immigration policy.

Our solidarity with migrants in their fight for rights is a part of a larger battle for the redistribution of power and wealth; an increased role for the government in securing public funding to ensure good jobs, homes, services and social security for all; and the scrapping all anti-union laws and the strengthening rights for all. Unity across the divisions which currently exist between working people will mean concerted action to secure decent wages and conditions for all. Migrant workers have always been central to trade union campaigns beating low pay and exploitation. To low pay and exploitation, to deprivation and dispossession, we say: build unions, not borders!

Delete all existing text in the section “Our aims” and replace:

Ending free movement for citizens of EU countries is a backward step which directly conflicts with the pressing need for a rights-based approach to immigration. The forty years of their implementation in Britain have shown that freedom movement for workers and their families has not posed ‘an existential threat’ to British working class people. Over this period unemployment has not been increased, wages have not been eroded, and public services not been threatened as a mere consequence of the presence of migrant and their families. Rather than choosing this moment to end freedom of movement we believe that government should be looking at opportunities to extend its principles to migrants from outside the EU.

We must reject policies that determine migrants’ freedoms to move, live and work here based on so-called ‘managed migration’ approaches which make use of number caps and targets, on incomes, or on how useful they may be to employers.

We must oppose the brutal policies imposed by the UK government on non-EU migrants under the terms of the declared hostile environment, and also the forerunners of this approach which were laid down during the period of the New Labour government.  We call on the Labour Party to commit itself to act within the first hundred days of entering government to enact the following measures:

Add to end of “Our aims” section:

More generally, we call on the Labour Party to commit itself to ending the approach to immigration policy which centres on the view that immigration poses a fundamental challenge to social order and solidarity across communities.  Policies which aim for the positive management of immigration should not be conceived of as matters of ‘law and order’.

For this reason, we call on Labour to commit to the ending of the role of the Home Office as the government department responsible for managing immigration policy.  The Home Office has been thoroughly discredited as a body capable of exercising this function in a responsible manner.  Labour should immediately commence a dialogue with organisations across civil society and representatives of the devolved governments and regional and local government to elaborate new principles for the management of the movement of people which can be taken up by a new government department assuming responsibility for migration and the protection of rights.