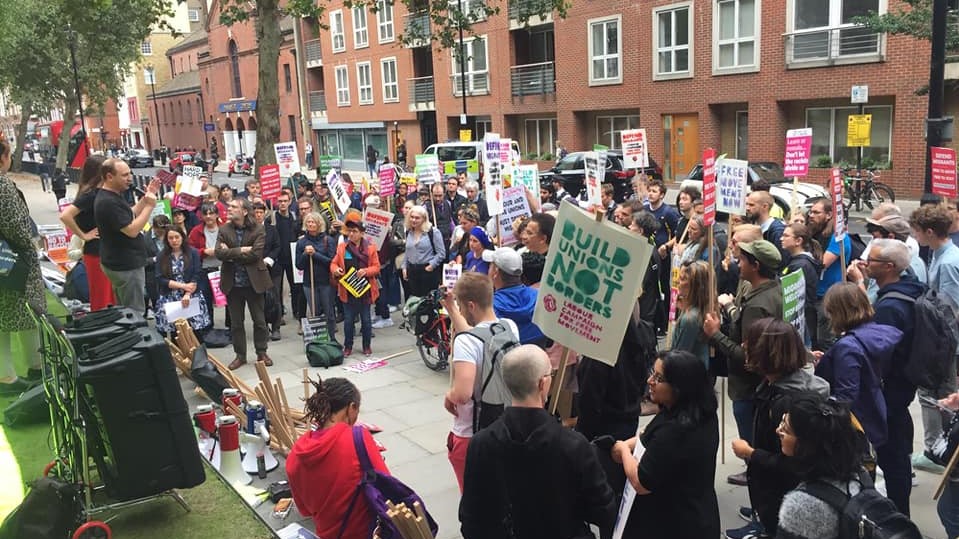 The Labour Campaign for Free Movement is a network of Labour members and supporters, campaigning in Labour and the trade union movement to defend and extend free movement and migrants’ rights.

Free movement is a workers’ right – the rich and powerful can always move where they like. Attacks on the rights and freedoms of migrants don’t protect British workers – they undermine all of us.  They make migrant workers more precarious and so vulnerable to hyper-exploitation, driving down wages and conditions for everyone. They divide us with suspicion and hostility, making it harder to unionise and push back. There can be no non-racist or fair immigration controls – they are inherently racist.

We must oppose the brutal policies imposed by the UK government on migrants, including:

And we must oppose the lethal Fortress Europe policies imposed at and beyond Europe’s borders, standing instead for welcoming refugees and extending free movement beyond Britain and the rest of Europe, with the ultimate goal of equal rights to free movement worldwide.

We must combine parliamentary and extra-parliamentary action. While we campaign to change laws and policies, we also embrace direct action and civil disobedience. These are neither contradictory nor separate: direct action halts injustices in the here and now and also helps to build pressure for reform.

In particular, we know that it is workers who make the world move, and organised workers who can bring it to a standstill. So as a labour movement campaign, we work to foster, support and promote workers’ refusal to cooperate with anti-migrant policies.

We recognise the huge range of other campaigns and organisations for migrants’ rights and we want to work with them, especially self-organisation by migrants and refugees: our roles are to help them win over the rest of our movement, and to encourage Labour and union members, individually and collectively, to get directly involved in taking action.

Given this government’s constant barrage of assaults on migrants’ rights and the changing situation, our work has to be responsive and flexible to a degree. Nevertheless, we agree some broad outlines for our activity coming out of this conference: