What do the government’s proposals for ‘points-based immigration’ really mean? 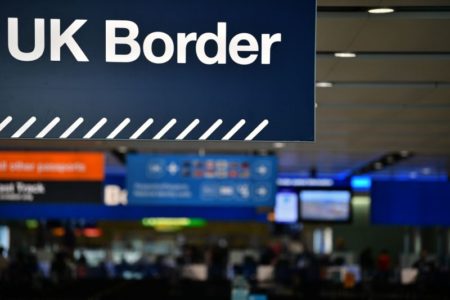 By Dan Davison, activist with the Labour Campaign for Free Movement

On 13 July, the Home Office released a 130-page policy paper titled ‘The UK’s Points-Based Immigration System: Further Details’. It provides additional information on the immigration system the Government intends to introduce when EU freedom of movement ends in the UK in January 2021.

Home Secretary Priti Patel says that the proposed system will encourage employers to “invest” in workers already based in the UK and also “attract the best and brightest from around the world”. As one can see from such statements, the Government’s purely instrumentalist view of labour and migration is as blatant as ever.

Despite the new document’s length, it does not significantly expand on the proposals released earlier this year. Those proposals dropped the promise of a full-on “Australia-style” system, which the Government had previously centred in its rhetoric.

An “Australia-style” system would permit economic migrants to settle permanently without employer sponsorship if they possess various combinations of qualifications and abilities. In contrast, most of the Government’s proposals so far promise only limited discounts to the minimum salary required for sponsored work visas.

The “points” migrants will receive under the proposed system are highly artificial even if one accepts the arbitrariness inherent in any immigration system that discriminates on grounds of nationality. It will be mandatory for visa applicants to speak English and have an offer of a job on an “eligible occupations” list, which will “earn” them 50 points.

There will be a £20,480 minimum salary requirement. Visa applicants will “earn” extra points if they have a job offer in a “shortage occupation”, hold a PhD relevant to the job in question, or earn more than the “general salary threshold” of £25,600.

Still, there are a few details worth nothing in the new policy paper.

To begin with, “EU and non-EU citizens wishing to come to and live in the UK from 1 January 2021 will need to demonstrate their right to be in the UK and the entitlements they have” and “[a]ll applicants will receive written confirmation of their immigration status”. EU citizens will also be able to access their immigration status information through a secure online service, which they will be able to use in place of a physical document to access services and to confirm their rights.

Since non-visa nationals (both EU and non-EU) can already live in the UK as visitors without written confirmation of immigration status, it seems logical that the requirement of written confirmation would apply only to those who wish to live in the UK on a more permanent basis, but this needs clarification. There will be an online system under which both EU and non-EU citizens will be able to demonstrate their right-to-work, with plans to introduce a comparable online right-to-rent service later this year.

Predictably, the paper takes an overtly “tough on crime” stance. All foreign nationals in the UK who have been sentenced to a year or more in prison will be “considered for deportation”. Foreign nationals seeking entry to the UK might be refused if they have a custodial sentence of at least 12 months.

Whilst EU citizens will initially be able to avoid biometric enrolment, there is a long-term plan for self-enrolment of biometrics.

In most cases, recruitment of both EU and non-EU citizens will require a sponsor licence, with checks to ensure that sponsors are both genuine and solvent. Licence sponsors will have to demonstrate that the roles in question are credible and, where applicable, meet skills and salary requirements.

The proposed scheme is built around what is essentially a makeover to the current Tier 2 sponsorship route. For those entering the country via a skilled worker route, there will be no caps and no need to demonstrate that a job could not have been offered to somebody already living in the UK. The skill threshold will be lowered from Regulated Qualification Framework Level 6 (“RQF6”, i.e. Bachelor’s degree or equivalent) to Level 3 (“RQF3”, i.e. A Level or equivalent). Beyond January, there are plans to introduce an unsponsored route that would “allow a smaller number of the most highly skilled workers to come to the UK without a job offer”.

There was much fanfare around the unveiling of a new fast-track health and care visa with a reduced fee. This visa will be open to workers with a confirmed job offer in a “skilled” role within the NHS or care sector, or in NHS service provision. However, it will not be available to frontline care workers. Moreover, the minimum salary threshold would exclude many cleaners, porters, and other frontline support staff in the health and care sectors. These exclusions are especially glaring in the current COVID-19 pandemic.

Despite a few welcome changes, such as how most migrants will be able to switch between immigration routes without leaving the country, the Government’s plans are a serious cause for concern. From the perspective of providing legal advice or administering public policy, the proposals are absurdly lacking in detail, especially if the scheme is supposed to come into effect in January.

More fundamentally, the scheme tilts the balance of power between worker and boss even further in the boss’ favour. When one’s ability to live in a country depends directly on an employer’s sponsorship, the employer can “tighten the screws” more easily. This is especially true considering how much migrant workers are surveilled to ensure compliance with visa requirements.

Whilst the proposals lower the skill threshold for “skilled worker” classification, the hierarchical scheme of skills-based categories, designed to keep out “unskilled” workers and welcome “highly skilled” workers, still serves to reinforce the notion that one’s ability to reside in a country should depend on one’s perceived functional usefulness. The limited lowering of the minimum salary threshold for certain workers does not change how the overall scheme effectively turns free movement into a privilege for the rich. However out of reach it might seem in these bleak times, the fight for free movement for all remains as vital as ever.