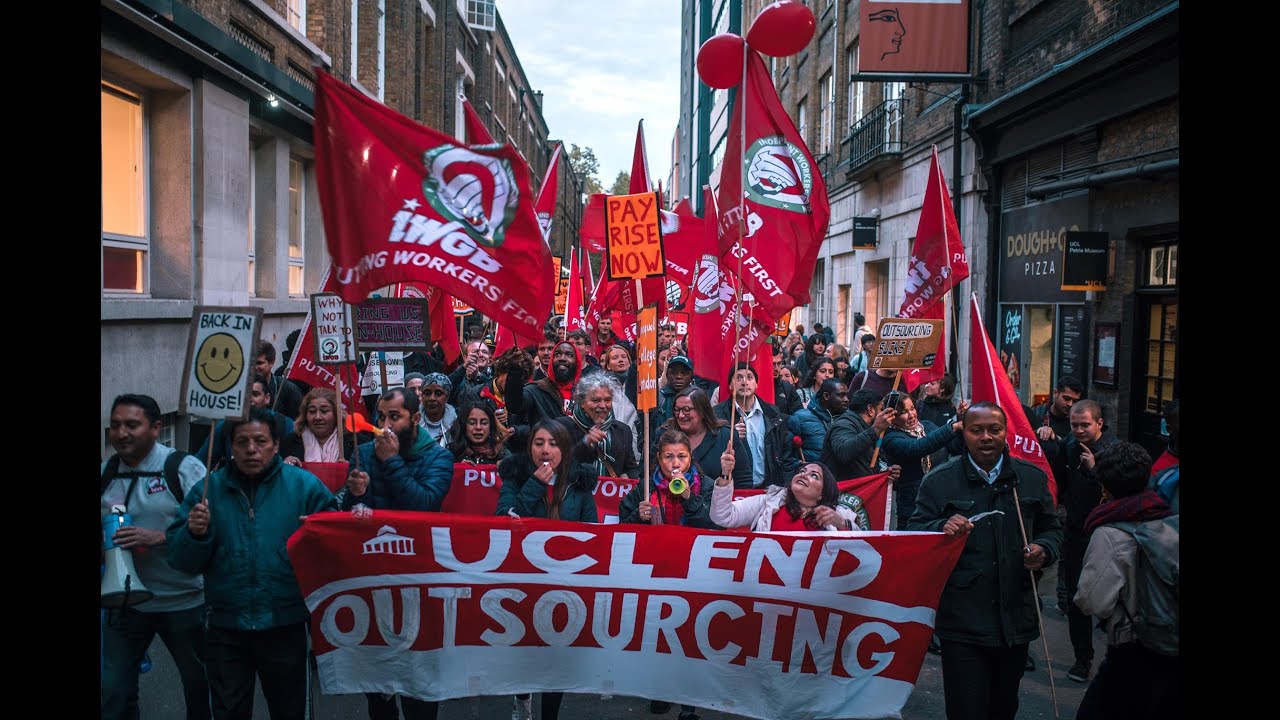 Any history of the labour movement in Britain over the last 60 years would be lost without the contribution of migrant workers’ struggles; the same is true, likely more so, of the labour movement in this country today. In the 1960s, Caribbean bus drivers organised to abolish the colour bar from Bristol buses. In the 1970s, South Asian women fought back against racism and hyper-exploitation at Grunwick print factory, setting the tone for the militant workers’ fights of that decade while exposing the ongoing bigotry and conservatism in the labour movement bureaucracy. Fast-forward to 2022, and migrant workers were behind the longest strike ever in the gig-economy, the notoriously precarious terrain on which the workers’ movement is now forced to fight.

The role of borders and race have long been tools of the ruling class to divide working class people and create a section of hyper-exploitable workers. The official institutions of the labour movement have often pandered to this agenda, drawing lines between “ethnic minorities” and the “working class”.

It is no surprise that hyper-exploitation, community solidarity and transnational perspectives create fertile conditions for organising. SOAS Unison represents predominantly Latin American cleaners. In 2009, it fought back against the deportation of nine workers, as management tried to use border enforcement to attack the union’s living wage campaign. It remains a solid, militant and multilingual union branch, defending members and winning disputes – including the landmark victory for in-housing, finally won in 2018.

Neo-liberal economics reproduces racist injustice. Many companies now have a two-tier workforce, with migrant workers employed on worse contracts through an outsourcing company. Cleaners at Great Ormond Street Hospital rejected this, organised with United Voices of the World (UVW) and won parity with NHS staff, achieving unsociable hours bonus, sick pay, and other NHS benefits. Workers in UVW have also won significant victories in care homes, highlighting the appalling treatment and under-payment of workers expected to do such essential work. Despite this, migrants are consistently behind some of the most important struggles – industrial action on the railways was kickstarted back in March, when outsourced cleaners, many of them migrants, took action to demand £15/hr and proper sick pay.

Leading the charge with exploitative employment models are Deliveroo, Stuart and others offering “self-employed” courier jobs. On top of low and unreliable pay, Deliveroo allows accounts to be loaned out, normally to migrants without the legal right to work, who have to pay a substantial amount just to be able log into the system. Couriers have organised with the IWGB, building union structures and taking direct action where the employer has tried their best to atomise workers. Couriers have won improvements on paid waiting times and on safer waiting areas, and the struggle is ongoing.

The British economy runs on migrant Labour – from food delivery and the NHS, to social care, haulage and public transport. There can be no genuine attempt to increase wages or salvage public services without championing the organising of the migrant workers who are integral to these sectors. The common lie about migrants driving down wages serves only exploitative bosses who feed off the Hostile Environment to divide workers and drive down wages. Migrant workers have always faced these battles, whether they like it or not. It is time the rest of the labour movement to take notice, take notes, and fight together.