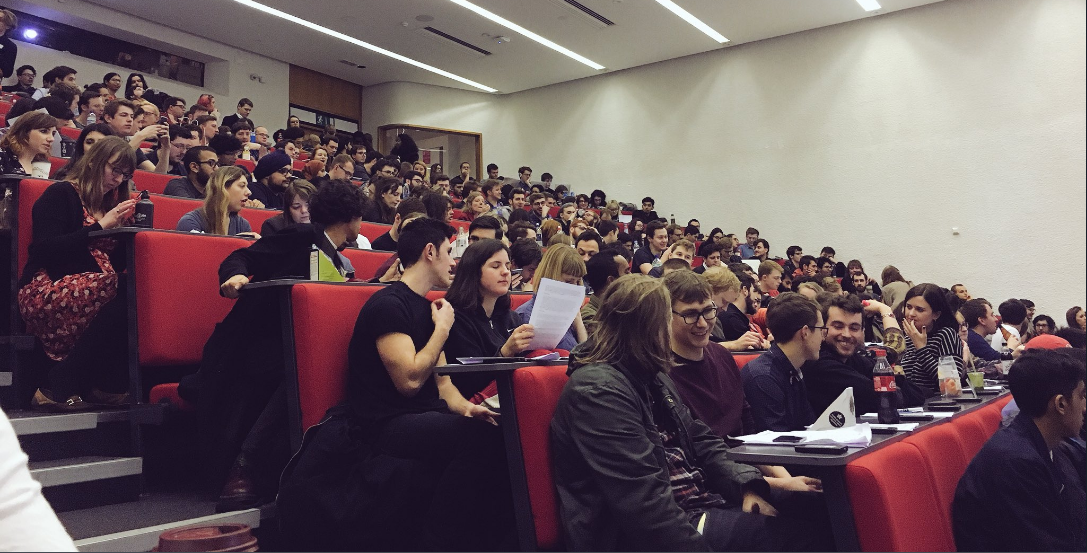 London Young Labour, the representative body for all Labour members under the age of 27 in London, has voted to endorse free movement, explicitly agreeing to work with the Labour Campaign for Free Movement.

The motion was passed on Saturday 3rd February at the hundreds-strong AGM, and went through almost unanimously.

The motion is as follows:

London Young Labour notes:
1. We have recently seen a rise in racist, xenophobic and anti-Semitic hate crime.
2. Migrants, both from the EU and from outside of it, are under threat from this Government’s
policies; from the potential of a hard Brexit, and from May’s continued attacks on non-EU
migrants, refugees and asylum seekers.
3. Muslim and Jewish women are disproportionately targeted in terms of Islamophobia and
Anti-Semitism.

London Young Labour believes:
1. That socialism must be internationalist, and that migrant rights are human rights.
2. It is essential that we stand up for the rights of everyone in this country to practice their
faith and be safe from hate.
3. That tackling hate requires an approach which addresses the intersections of race, gender
and gender identity, faith, class, sexuality, disability and nationality.

London Young Labour resolves:
1. Lobby against a hard Brexit and work with the Labour Campaign for Free Movement to
push for a continuation of freedom of movement.
2. Fight for the rights of refugees to enter the UK, and work with organisations such as
London2Calais and Care4Calais to help with the immediate human impacts of the refugee
crisis.
3. Campaign against the financial threshold for partners of British citizens to enter the UK on a
spouse visa.
4. Raise awareness of the misogynistic nature of Islamophobia and Anti-Semitism; giving a
platform and a voice to Muslim and Jewish women.
5. Work alongside groups opposing detentions and deportations, such as Shut Down Yarl’s
Wood.
6. Lobby for the UK to remain part of the Erasmus program.
7. Work with students and teachers unions to campaign against Prevent.
8. Work alongside the Jewish Labour Movement, Labour Muslims, Sikhs for Labour and other
faith groups to address the systemic hate faced by those who identify into these groups,
both within and outside of our movement.
9. Run training with Hope Not Hate on how to tackle bigotry and xenophobia in society.