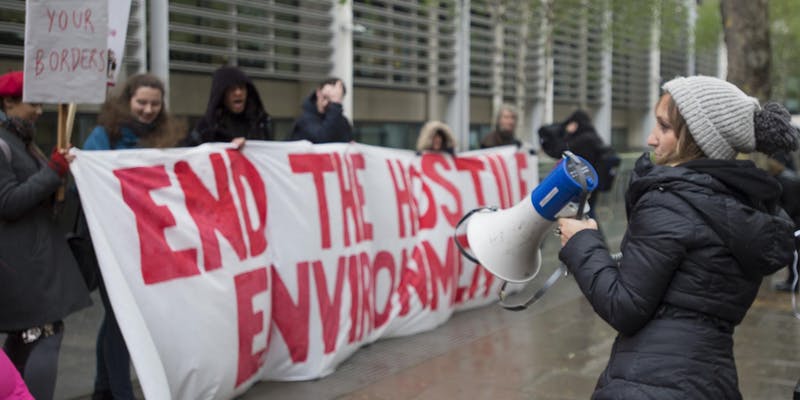 The Hostile Environment is having a disastrous effect on London communities. In particular, NRPF (No Recourse to Public Funds) denies some of the most vulnerable people access to a social safety net – to social housing, to many benefits, and to means-tested school meals for their kids.

Although migrant families may present to their Council seeking help under Section 17 of the Children Act to protect their children from destitution, due to austerity many London councils are neglecting their legal duty. Instead, they prioritise gatekeeping before children’s safety, leaving families with young children street homeless and embedding On-Site Immigration Officers (OSIOs) within the council deter migrants from claiming support. Seven of the eight councils with OSIOs are London boroughs with a Labour majority.

Two CLPs – Lewisham Deptford and Bethnal Green & Bow – have submitted policy to London Labour conference to confront this injustice. Instead of feeding division, scapegoating and discrimination and withholding support from society’s most vulnerable, we should respond to brutal Tory cuts by putting a spotlight on the government responsible.

Join us to plan how Labour members and Labour Councils can oppose these practices in their local authorities and nationally. Rather than collaborating with the Hostile Environment, let’s fight to put an end to these policies.