Immigration Raids in the Workplace: RMT Members Fight Back 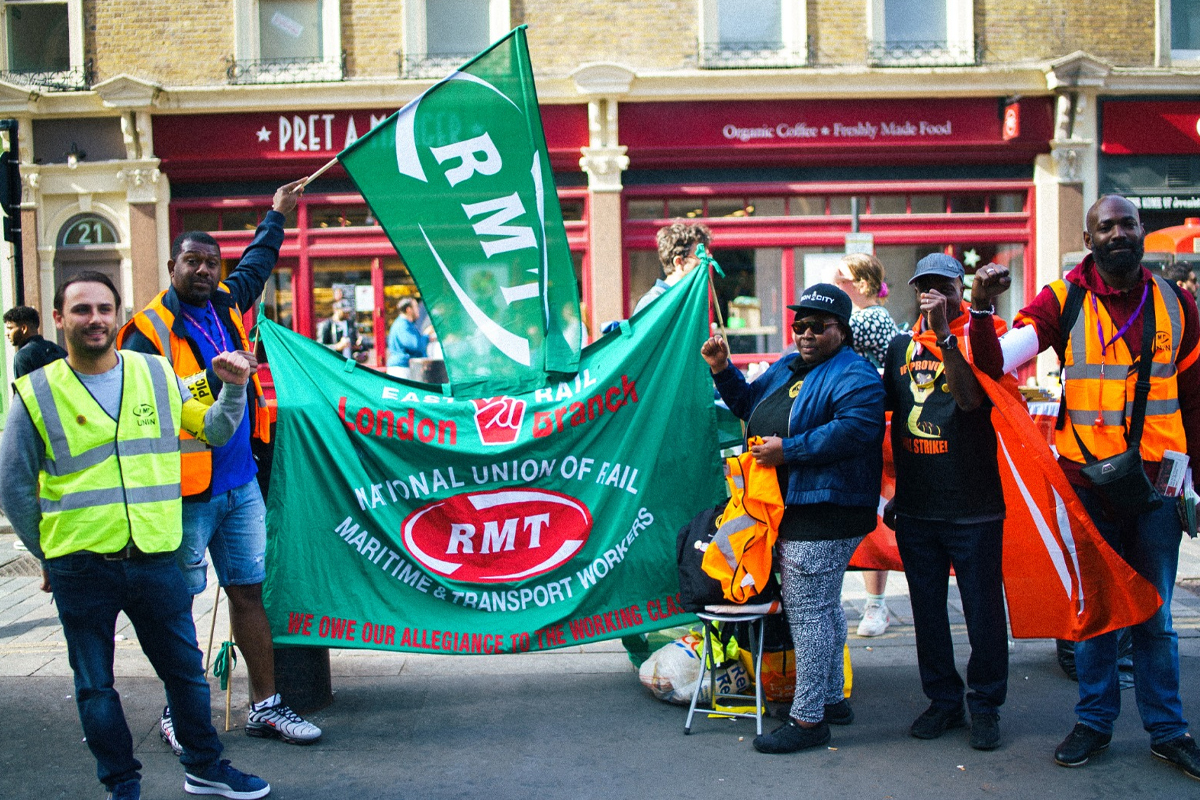 In October 2021, border cops carried out an immigration raid inside Walthamstow Central London Underground station. Some of those detained included London Underground workers, who were seemingly racially profiled. RMT’s Piccadilly and District West branch subsequently passed a resolution committing to seek links with the anti-raids movement to campaign against immigration raids in the workplace. One of the activists who proposed the motion shares their reasons for doing so below. The text of the motion follows.

By a London Underground worker and RMT activist

I had a conversation in the mess room the other day with a colleague who was raving about Channel boat crossings. The colleague was adamant that Labour will never be elected unless they come up with a worse, harsher policy on boat crossings than the Tories currently have.

The anger, exasperation and general heightened emotional state they were in while talking about this was pretty evident. I tried to challenge the position, with some basic rational pro-immigration arguments and some myth-busting – telling them that the UK has the most hostile immigration system in all of Europe, that there are now no legal routes to claim asylum, that those asylum seekers that do make it here end up stuck in a Kafkaesque nightmare of continuous bureaucratic interviews and surveillance for years, even decades…

But I realised as I was talking that they weren’t really listening. I could list as many sound arguments as I wanted, they didn’t care. This is because their position wasn’t based on any list of rational antiimmigration arguments, it was based on a visceral emotional reaction to watching news footage of the boat crossings. They watched these videos on the TV or social media and felt fear rising up, which then translated into anger and hatred, to the point where they literally can’t talk about boat crossings without shaking with anger.

I haven’t given up on this colleague though, because this is a worker that understands solidarity, that stands on picket lines with me. This is why I was keen to pass this resolution through my branch, to start to try and build links between the anti-raids movement and the more traditional workers’ movement. Because these anti-immigrant feelings are deeply rooted emotional responses to fear, they sometimes need stronger emotional reactions to shake them off – the stronger emotional response that comes from love and solidarity, from taking action together, such as communities standing up to immigration raids.

The images that we’ve seen on social media recently from Glasgow and Dalston, have been truly inspirational, showing that when working-class communities unite, the carceral arm of the state has no option but to turn and run away. We’ve all seen the movie Pride, about how a group of LGBT activists are able to smash through the latent homophobia of some in a Welsh mining community, with a spectacular display of solidarity. This is exactly the kind of solidarity needed now, to smash through these artificially created divisions between asylum seekers and workers. Because I know my that, if my colleague fought side by side with migrant workers on one of our RMT picket lines, or in defending a community from an immigration raid, side by side with asylum seekers, they would no longer be able to maintain the same anger and hatred.

London Underground workers were detained during the raid, apparently due to their accent. Witnesses reported that the raid racially profiled passengers, targeting Eastern European tradespeople and ignoring the smartly dressed. Those snatched in raids are often sent to immigration detention centers and have limited access to lawyers.

Transport for London promised there would be no more immigration raids in Walthamstow Central, but did not confirm that this extends to the rest of its network.

This branch resolves to invite a speaker from the Anti Raids Network to a branch meeting, to share information on how RMT members can protect themselves, passengers and their community.