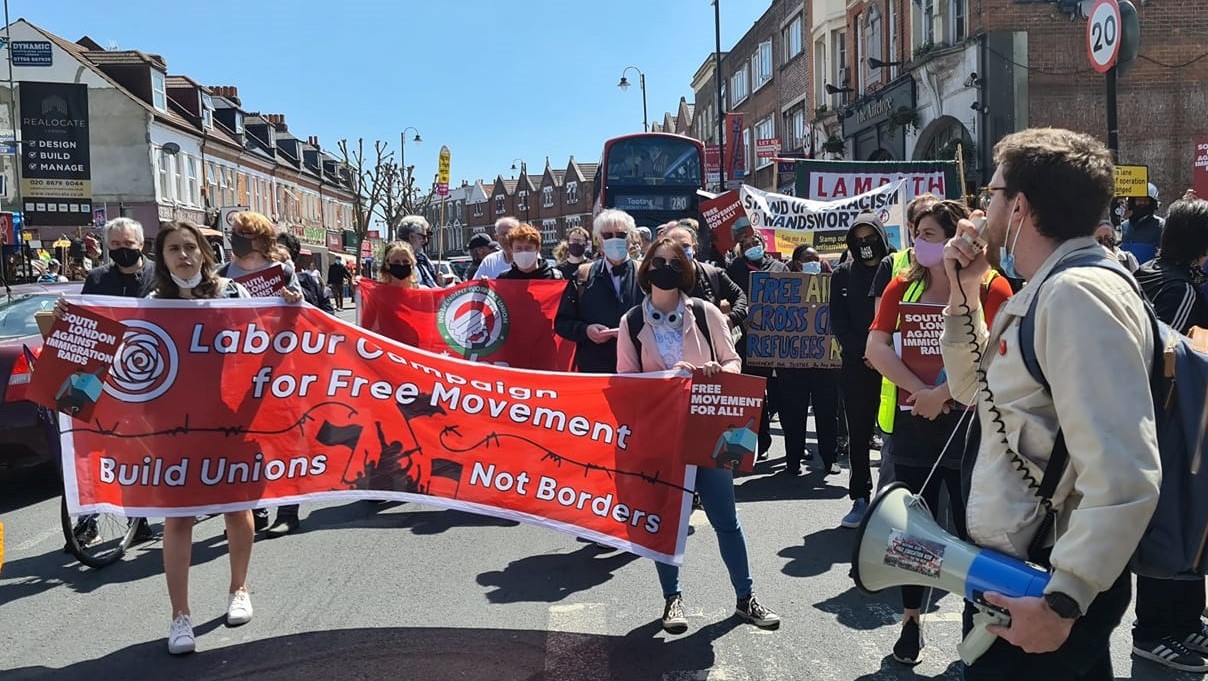 There’s still time to register to attend the Labour Campaign for Free Movement’s conference on 16 July in London!

One of the most important things we want from the event is for all of us, as LCFM supporters, to have the chance to contribute to the campaign going forward. Throughout the day, we’ll be having practical discussions about the issues and campaigning, which will feed into the work of our Steering Committee and the working groups you will be able to join. And towards the end of the day, we’ve set aside some time to discuss and vote on two things:

A new Statement of Purpose for the campaign

The current Steering Committee has written an updated version of the Statement of Purpose that our last national meeting agreed in 2019, and you can read it below. The proposed amendments submitted by campaign supporters are at the bottom of this page. Please note that the deadline has passed and new amendments can no longer be put forward – this is so that we can print agendas for accessibility, and so that other supporters can see and think about them. At the conference, supporters will discuss and vote on the amendments and the statement.

Our campaign is headed up by a team that was elected at our last National Meeting, and it’s time for a refresh! The conference will elect a committee of 12 organisers. LCFM doesn’t have staff, so as well as political and strategic decisions, the committee and other volunteers are responsible for carrying out all the campaign’s work, from writing and policy research to organising events and campaign actions.

Please think about putting yourself forward. You can nominate yourself at the registration desk (open 10:30-11am and during lunch) before 13:45. Alternatively if you can’t attend and want to run, please email info@labourfreemovement.org before 10am Saturday 16 July with your name, email address, phone number and a short statement to be read out (maximum 125 words).

Changes from the 2019 statement are indicated in red: additions by underlining, deletions by strikeout

The Labour Campaign for Free Movement is a network of Labour members and supporters, campaigning in Labour and the trade union movement to defend and extend free movement and migrants’ rights.

And we must oppose the lethal Fortress Europe policies imposed at and beyond Europe’s borders, standing instead for welcoming refugees and extending free movement beyond Britain and the rest of Europe, with the ultimate goal of equal rights to free movement worldwide.

We must combine parliamentary and extra-parliamentary action. While we campaign to change laws and policies, we also embrace direct action and civil disobedience. These are neither contradictory nor separate: direct action halts injustices in the here and now and also helps to build pressure for reform.

In particular, we know that it is workers who make the world move, and organised workers who can bring it to a standstill. So as a labour movement campaign, we work to foster, support and promote workers’ refusal to cooperate with anti-migrant policies.

Given this government’s constant barrage of assaults on migrants’ rights and the changing situation, our work has to be responsive and flexible to a degree. Nevertheless, we agree some broad outlines for our activity coming out of this conference:

What We Stand For, end of paragraph 3:
add: “There can be no non-racist or fair immigration controls – they are inherently racist.”

Our Aims, paragraph 3, after the point on raids, detention and deportation:
add new bullet point: ” –   stopping the offshoring of migrants and refugees to Rwanda or any other country”

Our Work, final paragraph, after “we want to work with them”:
add: “especially self-organisation by migrants and refugees”

The Next Period, end of last bullet-point
add: “Campaign for trades unions to encourage refusal to carry out immigration controls and to defend members to take that stand.  Defiance not compliance!”