Open letter against the deportation of Osime Brown – let’s keep up the pressure! 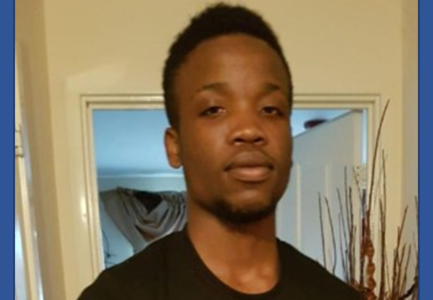 More than 100 public figures have signed an open letter against the deportation of Osime Brown, which as they rightly say, ‘would be a grotesque indictment of our justice system’.

Stopping this deportation is an urgent moral imperative.  As Kate Allen, Amnesty International UK Director, and a signatory to the letter, said:

“Excessive deportation powers have long been unjustly and cruelly used. Osime is a young, black British man, having grown up in this country from a very young age. For the Home Office to seek his exile is a plain abuse of power. It is a grotesque injustice that children who grow up in this country continue to be excluded from their citizenship rights then threatened with banishment by the Home Office.”

The Hostile Environment relies on public ignorance and indifference to continue to function, which is why it is so crucial for those of us who can see what is happening to speak out loudly against cruelty and injustice.

So far, over three hundred thousand people have signed the petition against Osime’s deportation. This is an encouraging sign of public support for Osime and his family. But it mustn’t stop there.

We urgently need our supporters to do the following:

Don’t Deport Osime Brown: Emergency Motion
“THIS ORGANISATION notes the case of Osime Brown, a young, autistic, learning-disabled man who was imprisoned as a teenager under ‘joint enterprise’ rules for a crime he did not commit. He now faces deportation to Jamaica, a country he left at the age of four and where he knows no-one. Osime has suffered racist abuse and become seriously ill while in prison. His family fear for his life if he is deported.

THIS ORGANISATION resolves to support Osime Brown’s campaign to overturn his conviction and his deportation order and send £X to the campaign fund.”

Together, we can resist the Hostile Environment, defend individuals at risk, and make migrant solidarity central to our movements.