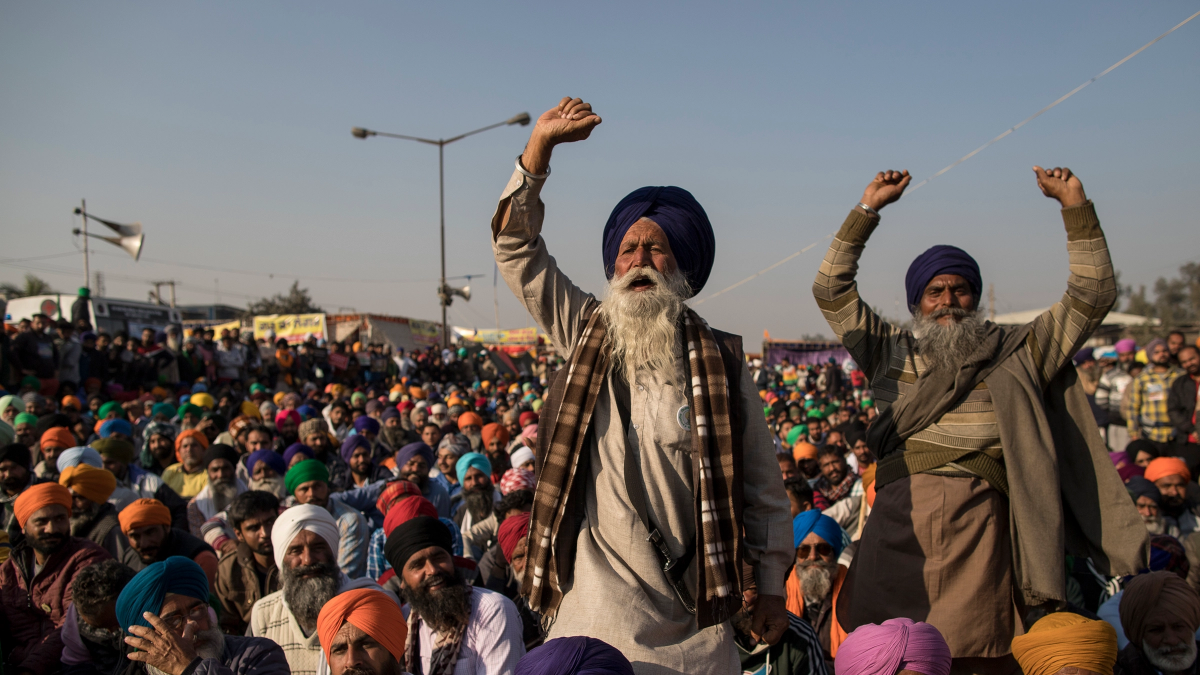 In India, a struggle is raging between working people’s organisations and Indian capitalism’s economic and political elites. The 2020-21 farmers’ battle against the Modi government’s pro-corporate agricultural reforms was one of the largest recent battles. In 2020, India’s parliament passed sweeping new “labour codes” attacking workers’ rights even in the “formal” 20% of the economy where certain basic rights exist. This year’s Interational Trade Union Confederation Global Rights Index notes that working people protesting in India are regularly arrested, detained, tortured and murdered.

Modi’s far-right government enjoys the support of the British Tories. Its authoritarian and pro-capitalist politics are reinforced by right-wing Hindu nationalism. As the Tories pursue a vision of ‘Global Britain’, they will pursue closer links with the Indian ruling class – and it is important that socialists understand this and build solidarity with Indian workers.

The Tories’ push to expand trade deals comes in the context of their indifference to attacks on human rights in India – workers’ rights, the rights of oppressed castes and minorities, and basic civil liberties. While the UK Foreign Office praises India for its supposed commitment to the environment, the London Science Museum is being funded by the Indian government-backed Adani coal mining group. In addition to the contribution of hyper-exploited labour in India to the UK economy, British firms working and trading in India are likely to learn from their Indian counterparts and lobby to further undermine workers’ rights here.

A new group India Labour Solidarity (ILS) has formed to promote solidarity with India’s workers’, working people’s and social justice movements in the UK Labour and trade union movements. You can invite India Labour Solidarity to speak and circulate information about working people’s struggles in India, and how they connect to workers’ struggles and interests here. The ILS has also established a Solidarity Fund to support precarious workers’ organisations In India, which is accepting donations.