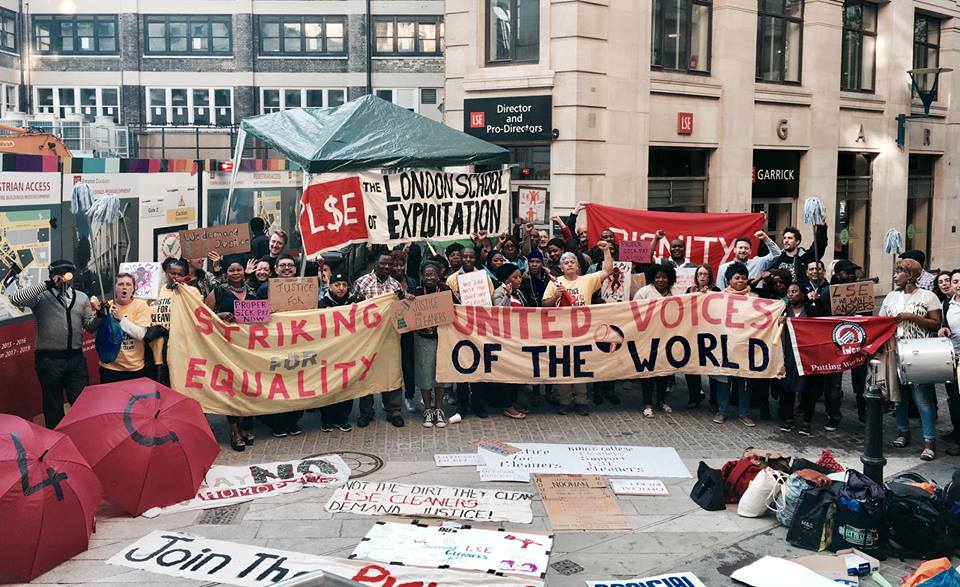 The referendum on the UK’s membership of the European Union opened up rifts in society that may take years to heal. Probably the single biggest issue was migration; a significant number of people voted Leave as they felt this would be the quickest way to either reduce net migration, or to change the UK’s immigration system. Migrants were blamed as almost the sole cause of a decaying society.

“Control of our borders” was an often repeated slogan by the right wing of the Leave campaign, and very sadly, one slogan used by some ‘Left wing’ Leave voters (or “Lexiteers”). This whipped up an enormous level of nationalist bile, which hasn’t disappeared since the vote; racist slurs and attacks against migrants and religious groups continue across the UK, and evidence from police reports suggest these may have even risen by as much as 50% in some areas.

Most perplexing is how some self-proclaimed socialists have accepted the arguments made by the tax-avoiding rich elite; that migrants have been undercutting the wages of working class people and stretching public services to breaking point. This vitriol, despite being in complete contradiction to fact, has fuelled racial tensions to levels not seen for a generation. Anyone making these arguments should feel ashamed to ever call themselves a socialist.

Brexit: A Lexicon of Lies

I campaigned for the UK to remain in the EU in Stevenage, a town that voted Leave by a ratio of around 60:40, and grew up in Peterborough, (another 60:40 Leave majority area), so am all too familiar with the backwards arguments made about migrants being a “drain” on our economy, public services and housing supply. Forgotten in all of this is often the clear fact that migrants are the only reason our NHS hasn’t collapsed over the past decade, that we have anything resembling a social care service, and that people born outside the UK are put through disproportionately complex barriers to access housing, and as a result many are forced to put up with horrendous living conditions, unfit for animal habitation, let alone human. The number of migrants working in the construction industry also demonstrates that despite the UK building record low levels of housing, it is also migrants that are assisting in the task of increasing this supply.

For these same people to be unilaterally blamed for causing health care problems, housing shortages and wage stagnation is about as ignorant a statement that can be made in the debate on immigration, and this argument must be defeated. Wage stagnation is the result of anti-trade union laws, and the profit-driven attack on workers by the rich, not migrants. Housing shortages and poorer public services are the result of decades of governmental under-investment and sale of public services, not mass consumption and usage by migrants.

What is to be Done?

I write this as a piece in support of the recently launched Labour Campaign for Free Movement – a campaign I am so proud to support, and one that needs the full weight of the Labour Movement to succeed, given the amplitude of the backwards step in terms of migrant rights since Brexit.

The Leave vote has divided the Labour Movement, with some on the right continuing the Brexit argument, stating that the only way Labour can win back “white working class voters”, is to adopt a stricter tone on migration. Given my above statements, I outright oppose this stance, and encourage anyone flirting with this idea to look again at the facts and fight for truth over racially-defined smears. The identity politics played by Stephen Kinnock pits the working-class against each other, rather than uniting it as a combined force to overcome the rightward trajectory of May’s Tory Party, end their shambolic government, and install a socialist Labour Party.

Free Movement is a working class right; whilst millionaires will continue to travel, work and live freely the world over (as the rich and powerful always have been able to), if Free Movement is axed, it will be the working class who lose this right across Europe. That most likely includes you if you’re reading this. Instead of placing artificial boundaries on the rights of individuals to freely move between nations, we should be opening up the world; allowing people to live, work and explore our planet without restriction. No human should be able to constrain one another’s movement in this regard; as humans we all inherit the Earth equally, and from this flows the right that we all are given equal access to use it.

Inscribed on the tomb of possibly the most renowned socialist ever, Karl Marx, is stated “Workers of all lands – Unite”. Marx’s words continue to be relevant over 150 years after being written; encoded within this simple epitaph is one of the most progressive statements in favour of international working class solidarity, to achieve a harmonious world and break down racist and nationalist division. I have little doubt which position Marx would take in the debate on assuring the rights of migrants in relation to Free Movement.

In the context of leaving the European Union, the Labour Movement has been clear in some demands, notably the defence of rights in the workplace. Only a hypocrite could argue this whilst ignoring the defence of Free Movement; migrant rights ARE workers rights. Socialists, Trade Unionists, and Progressives must defend the right that Free Movement provides us, and make this a fundamental demand to prevent Labour’s Brexit stance sleep-walking to the right. Sign the Labour Campaign for Free Movement pledge today. Join the struggle to defend and extend the rights of working class people across the world.